Dahab Associates, Inc. was founded in 1986 on Long Island, NY, by Richard E. Dahab, CFA. The firm's foundation came from Rich's experience working on rocket guidance systems where he performed tracking error analysis on rocket trajectories. He also was co-inventor of the piezoelectric line of sight corrector, one of the precursors for modern image stabilization. Over 30 years later, Dahab Associates has grown to have offices in New York, Massachusetts, Pennsylvania, and Florida. We help a diverse range of over 80 clients, including public funds, Taft-Hartley funds, corporations, endowments, foundations, and wealthy families, with over $17 billion in assets under advisement.

Using a 64-core computer and a proprietary asset allocation simulator, we will run hundreds of thousands of potential allocations with your cashflow assumptions and needs. Our consultants will then walk you through their recommendations and determine allocations that best reflect what you need and want out of your portfolio.

When you need a new investment manager, custodian, or TPA, we'll put your search out for public bid (protecting the anonymity of private clients). We don't use only a small selection of pre-approved managers, so you get the full range of candidates. Our consultants will give you in-depth analysis of their strategies so that you can select the manager best suited to your needs.

We will provide you with a full analysis of your managers' performance, allocations, attributions, and how they are performing relative to their peers.

There is a wide range of investment options available to instutitions. We'll help your trustees learn about strategies, risks, and potential rewards. Not only will we guide you toward strong choices, we'll also steer you away from potential pitfalls and high-risk strategies.

From the west/New York City

Via Train Train Schedules to Babylon

Take Long Island Rail Road from Penn Station to Babylon Station. Trains leave twice an hour generally. Taxis are available at station, and we can call for a taxi to return you to the station. Many taxi drivers in area are familiar with traveling to our office, but if clarification is needed, the office is across from St. Peters By-The-Sea.

David Lee, CFA, joined Dahab Associates in 2002 and brought with him more than six years of investment experience. He was made president of the firm in February 2013, overseeing the day-to-day operations of Dahab Associates as well as servicing existing clients. David began his career in 1996 at Gruntal & Co. He has held analytical and sales positions at Morgan Stanley, Multex.com, and Spectra Securities Software.

David received a BS in biochemistry from the State University of New York at Stony Brook in 1995. He is a member of the CFA Institute (formerly AIMR) and the NYSSA. He received the designation of Chartered Financial Analyst (CFA) in 2000.

Greg joined Dahab Associates in 1997. His prior ten years of investment experience encompassed positions at State Street Global Advisors, MIG Realty Advisors and seven years at the Hannah Group, where he was Vice President of Consulting Services. He was made vice-chairman in February 2013.

Greg has served as Chairman of the Florida Public Pension Trustees Association Associate Advisory Board and was editor of the organizational newsletter for five years. Greg received his B.S. degree in Business Administration from Bryant College.

Greg operates out of our Massachusetts office.

Steven Roth joined Dahab Associates in December 2007 and brought with him seven years of investment experience. Steve began his career at American Fund Advisors as an analyst for the John Hancock Technology Mutual Fund. He has also held analyst positions at Kaufman Brothers and Global Securitization Services.

As CIO, Steve will provide guidance on investment management decisions for the firm, in addition to his role as consultant. Steve earned a BS in geology and an MBA in finance from Hofstra University. He received his CFA Charter in 2013, and is a member of CFAI and NYSSA.

William Dahab joined Dahab Associates in September 2009 as a member of the research team. In January 2013, he was made Director of Research, and in 2017 he was made a managing director and field consultant. Bill also serves as a Vice-Chairman and Treasurer on the firm's board. 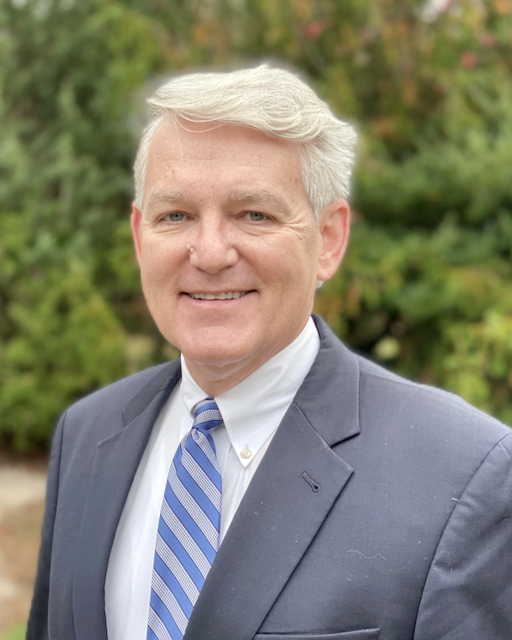 Barry joined Dahab Associates in the summer of 2004. Prior to joining Dahab Associates, he spent 16 years on Wall Street as a specialty retail analyst for Goldman Sachs, Drexel Burnham Lambert, Prudential Securities and Ladenberg Thalmann before becoming director of research at Rodman and Renshaw, Inc.

Barry earned an AB degree in management science/accounting from Duke University in 1978 and an MBA in finance from Vanderbilt University in 1983. Barry received the designation of Chartered Financial Analyst (CFA) in 1987.

Grant Kalson, CFA, joined Dahab Associates in 2009 and brought almost forty years of direct experience. His responsibilities include developing new business as well as servicing existing clients. Grant began his career in 1965 at the Westinghouse Electric Corporation and spent seven years working with their pension fund. He was a consultant with Butcher Consulting Group and Buck Consultants before opening Kalson & Associates in 1993.

Grant received a BS in Industrial Management from Carnegie Mellon University and an MBA in Finance from the University of Chicago. He holds the CFA designation and is a member of the CFA Institute and a long-time member/speaker for the Florida Public Pension Trustees' Association.

Grant operates out of our Pennsylvania office.

Seth joined Dahab Associates in January, 2012. Until 2009 he was chairman of Byram Capital Management, a small-cap value equity manager he founded in 2002. Prior to that, he spent 15 years with, and ultimately became president and CEO of, Axe-Houghton, an active equity, bond, and international ADR manager of institutional and individual clients. Seth began his career with Bankers Trust Company where, at various times during his 9-year tenure, he served as a research analyst, fixed-income manager, active large-cap manager and head of index funds and investment technology.

Seth received his BA from Yale University in 1971, and his MBA in investment management from the Wharton School of the University of Pennsylvania in 1975. Over the years he has been asked to speak at numerous institutional investing conferences and has contributed to a number of books and articles on domestic and international investing, indexing, and investment technology.

Seth operates out of our Massachusetts office.

Tom received a BA degree in psychology and economics from the State University of New York at Geneseo in 1991 and earned an MBA in finance from Adelphi University in 1996. 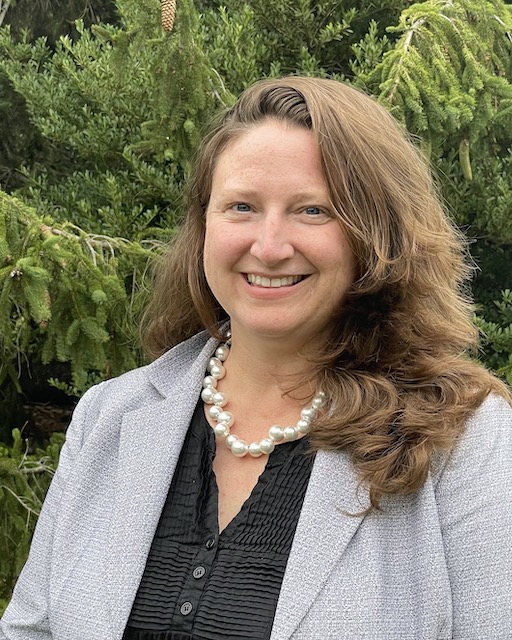 Virginia O’Neill (Ginger) has been with Dahab Associates since 2020. She is responsible for the RFP response process. Ginger has a background in grant proposal writing in the non-profit sector, since 2006. She also worked with individual retirement funds, trusts, estates, and investment platforms for Beacon Trust as a Client Services Representative and Administrative Associate from 2015 to 2018. 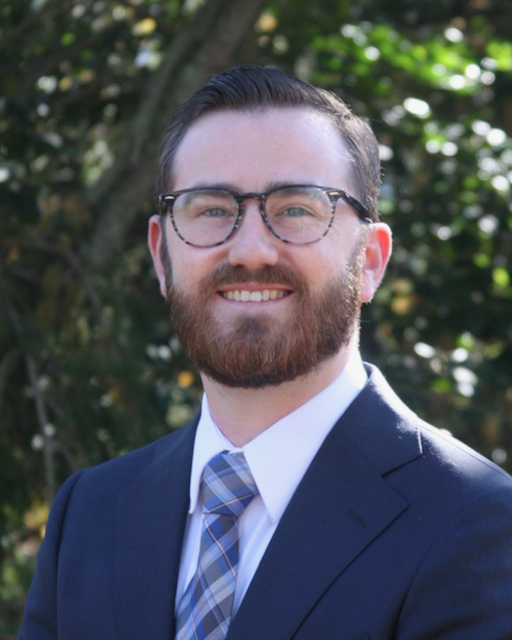 Kevin joined Dahab Associates in March 2014 a financial analyst. He was made part of the research team in November 2015, and in January of 2020 was promoted to Director of Research. His department oversees meeting with investment managers, analyzing investment manager RFP submissions, and undertaking special research assignments. Kevin received his BA in finance from The College of New Jersey in 2012. He received his CFA Charter in 2017, and is a member of CFAI. 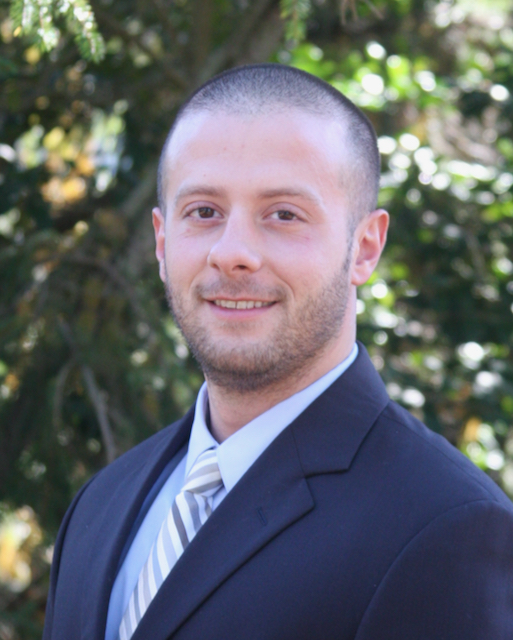 Harry joined Dahab Associates in 2013 a financial analyst. In 2019 he became the firm's Director of Operations, with oversight of the firm's production and financial analyst teams. Harry graduated from Fordham University in 2011 with a BA in economics.

Suzanne joined Dahab Associates in June 2012 as a financial analyst. In 2014 she became in charge of the firm's marketing and RFP response process. In 2019 she became the firm's chief compliance officer and director of human resources. She was, from 1992-2000, part of firm management for Morgan Stanley. Suzanne received an A.B. in history from St. Anselm's College.

Chris Mills joined Dahab Associates in August 2005. His responsibilities include meeting with investment managers, analyzing investment manager RFP submissions, and undertaking special research assignments. Chris received a BS in finance from Siena College in 2003. He received his CFA Charter in 2019, and is a member of CFAI.

Dan Maurer became a member of Dahab Associates in April 2006. His responsibilities include meeting with investment managers, analyzing investment manager RFP submissions, and undertaking special research assignments. Dan holds a BS in economics from the Wharton School of Business and an MBA in finance from Hofstra University.

Chris joined Dahab Associates in September 2015 as a financial analyst. He was made part of the research team in 2017. His responsibilities include meeting with investment managers, analyzing investment manager RFP submissions, and undertaking special research assignments. Chris graduated from Stony Brook University in 2015 with a BA in Economics.

Henry Du joined Dahab Associates in March 1998. He is an important member of the team responsible for data processing, statistical calculation and performance report generation. Henry earned a BBA in finance and investment from Bernard M. Baruch College. 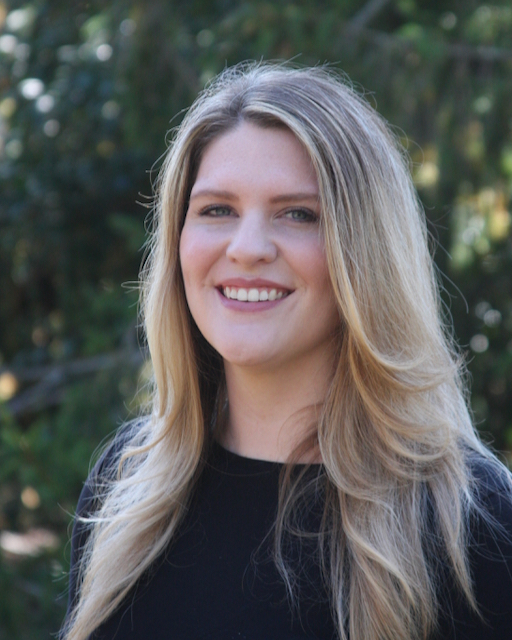 Kelley joined Dahab Associates in 2012 as a member of the production team, and became a financial analyst in 2013. She is a part of the team responsible for data processing, statistical calculation and performance report generation. Kelley earned her BS in business administration, with a concentration in finance, from University of Southern New Hampshire in 2021. 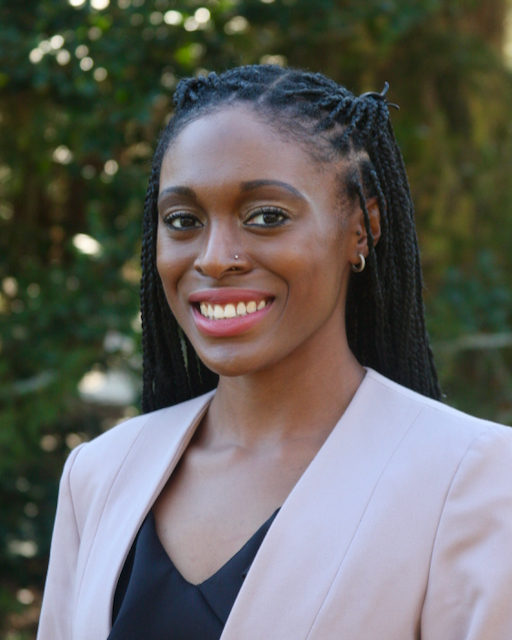 Georgina joined Dahab Associates in 2019. She is a part of the team responsible for data processing, statistical calculation and performance report generation. Georgina graduated from Mercy College in 2012 with a BA in the Arts and a minor in literature.

Tracey originally joined Dahab Associates in 1992 and rejoined in 2013 as a financial analyst. She took over the firm's marketing and RFP response process in 2019, and resumed her duties as financial analyst in 2021. Tracey earned her BS in Management from SUNY Binghamton in 1988. 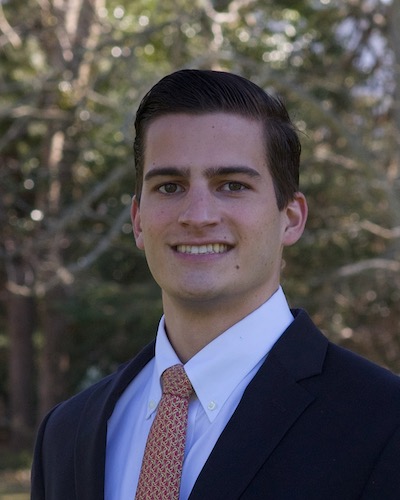 Peter joined Dahab Associates in 2021. He is part of the team responsible for data processing, statistical calculation, and performance report generation. Peter graduated from Union College in 2021 with a BA in economics.

Russell joined Dahab Associates in 2010, and became a financial analyst in 2018. He is a part of the team responsible for data processing, statistical calculation, and performance generation. In 2021 he resumed his oversight of the firm's production queue.

Theresa joined Dahab Associates in 2005 as our Office Manager. She is responsible for all of the firm's accounts receivables and payables, and is also supervisor of the data entry team that is responsible for our holdings analysis. Theresa is the first point of contact for all incoming correspondences and maintains all of our consultant calendars.

Dahab Associates welcomes all managers to submit products for our open searches. Almost all of our searches are conducted through this website. Searches are generally posted for about a month. Please check this site weekly to ensure you don't miss any searches.

Please note that most of our searches require an emailed submission. Instructions for how to submit RFPs are contained in individual RFPs, and include details on naming conventions and addressing requirements. Many RFPs require additional submitted documents described in the instructions. All RFP instructions should be read carefully, as failure to comply with some instructions may lead to disqualification as required by law. The main RFP submission must be in Microsoft Word format as a .docx. RFPs may not be submitted in Adobe PDF format, as we are unable to process them. Any additional requested additional documents may be submitted in your choice of format.